If The World Will Never Be the Same, Will I Change Too? Anticipated Moral Orientation Change (AMOC) In Generation X Narratives of Desirable Post-Corona Futures 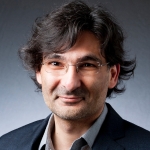 Participants in the “Letters from a Post-Corona Future” study (April-July 2020) were asked to imagine a desirable future after the corona crisis and describe the world surrounding them and their own place within it. Although many imagined an external world different from the present, did they also imagine that their own moral orientation would change because of the disruption the corona crisis generated, and if so, in what direction? To answer this question, we focused on letters written by Generation X participants (1965-1980). We hypothesized they may be sufficiently mature to have a stable moral orientation and feel concerned by their personal or family’s future (many of them have children), yet they may be able to envision internal moral change. A total of 68 letters from 11 countries were examined. Using a narrative ethics approach, we performed a qualitative study of the letters. We introduced the concept of anticipated moral orientation change (AMOC). Moral orientation refers to the set of values, norms, ideals, beliefs, attitudes, emotions, dispositions, and habits that usually guide a person’s moral sensitivity, imagination, reasoning, judgment, and action. This capacious definition covers the many dimensions of moral experience, and thereby expands futures studies’ usual narrow focus on the identification of values in narratives. AMOC is the present anticipation of future moral orientation change. We selected letters that contained clear linguistic indications of AMOC and classified them with respect to the direction of AMOC. We found that deep personal AMOC was rare; instead, most letters expressed either a renewal of moral awareness that put the authors’ moral orientation back on track, or personal AMOC through anticipated collective change (we-narratives). This study contributes to narrative foresight through a deeper understanding of the dynamics of moral orientation change in narratives of desirable futures.