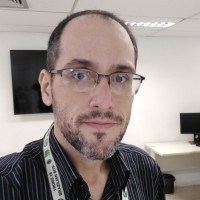 In 2016, he helped found the Laboratório do Futuro (Future LAB) – COPPE / UFRJ, a group of more than 20 researchers interested in exploring themes such as the future of cities, government, science and work. Currently, the LAB is part of the Brazilian node of The Millennium Project , and is a member of the World Futures Studies Federation (WFSF). At the LAB, Carlos Eduardo coordinates the “Understanding the Future” research line, having published articles and technical reports.