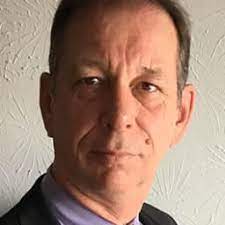 Frank Eichstadt is an Industrial Designer, Space Architect, and Engineer from Houston, Texas. During his 35 year career, he has worked on Advanced Programs for McDonnell Douglas Aerospace, SPACEHAB, Andrews Space, Oceaneering Space Systems, Boeing, and NASA. Presently, he is the Assembly Integration and Test Lead with Axiom Space in Houston, Texas. Axiom Space is building the world’s first private space station.

Projects range from International Space Station structural, mechanical and crew systems development to space robotics, to subsea oil and gas technologies, to consumer products. He has been an adjunct professor at the University of Houston SICSA Center for Space Architecture and has published and presented numerous papers at international space conferences. By effectively coordinating multi-disciplinary and multi-national teams, Frank has earned a reputation as a creative catalyst and problem solver, an effective communicator, and an insightful technical and business strategist. Previously, Frank was the Chief Architect for the Orion Span commercial space station project. He is also on the Board of Directors for GreenTech Motors, a developer of High-Efficiency Density electric motor technology.