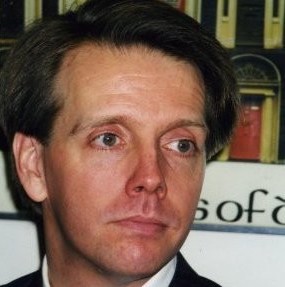 Thomas F. Connolly is Professor of Humanities and Social Sciences at Prince Mohammad Bin Fahd University and is affiliated with the Center for Futuristic Studies. He is the author of three books: “George Jean Nathan and the Making of Modern American Drama Criticism,” “Genus Envy: Nationalities, Identities, and the Performing Body of Work,” and “British Aisles: Studies in English and Irish Drama,” and dozens of articles. He serves on the editorial boards of several scholarly journals. He has been a consultant and commentator for the BBC, The New York Times, The New Yorker, CBS, PBS, and NPR. Dr. Connolly has also worked in state government and for the Department of State’s United States Information Service. A former Fulbright Senior Scholar, Dr. Connolly is the recipient of the Parliamentary Medal of the Czech Republic, awarded for “the educational improvement of the nation.” His next book “Good-bye Good Ol’ USA: What America Lost in World War II” is forthcoming from PMU Press.

The Future is Yesterday: Literature and Film Historicize Things to Come